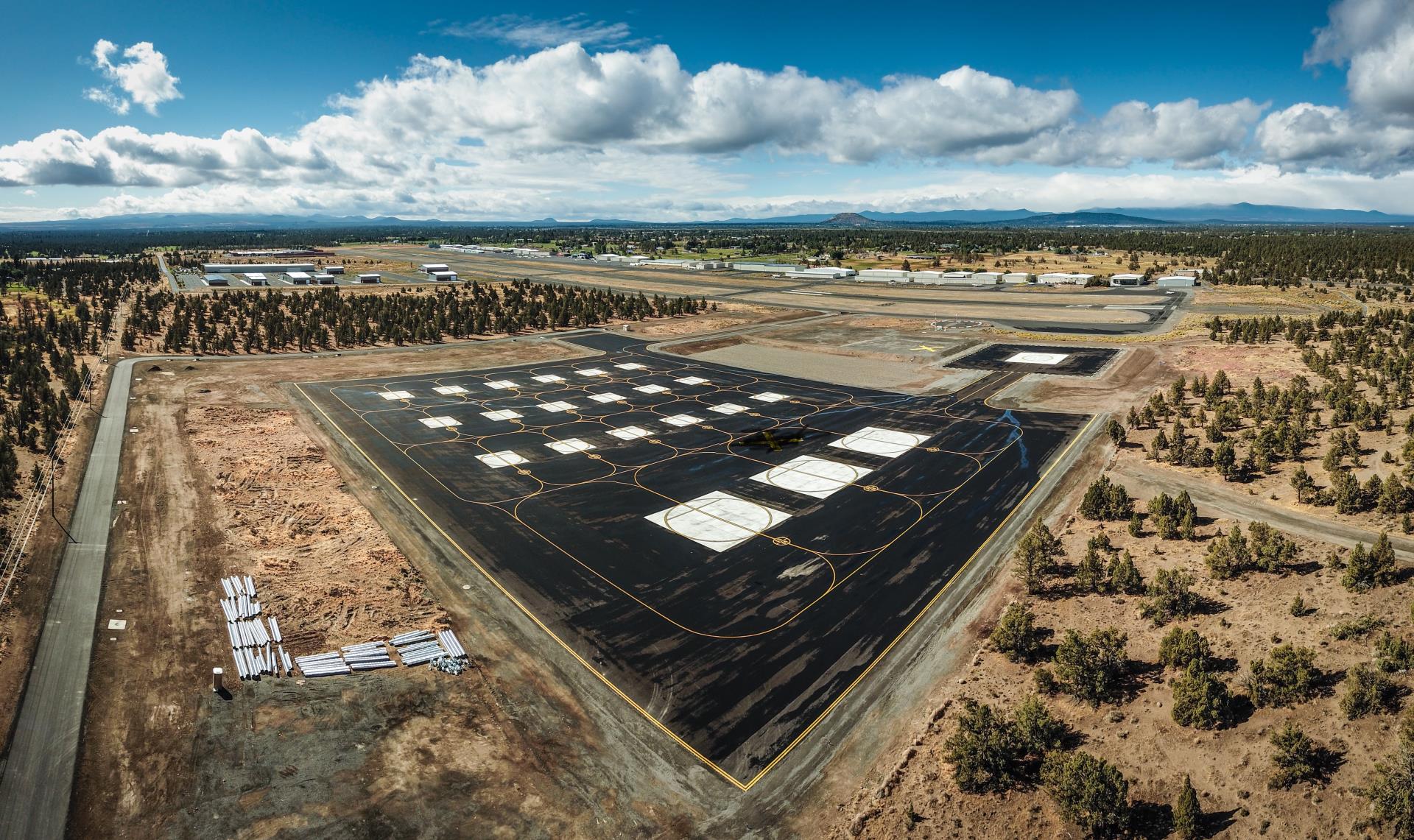 A gateway to Central Oregon for general and business aviation.

Located on approximately 420 acres, five miles northeast of Bend, Oregon, the Bend Municipal Airport (KBDN) caters to the needs of general aviators, hosts two flight training schools, and is home to numerous businesses. Their combined operations make Bend the third busiest airport in the state in terms of takeoffs and landings.

If you’re looking for the closest airport with commercial service, Roberts Field in Redmond, Oregon is located about 20 minutes to the north and offers flights to most western airline hubs. You can find more information on Roberts Field at flyrdm.com.

In 2017 construction was completed on a separate 8-acre Helicopter Operations Area improving safety and increasing capacity by separating fixed and rotor wing operations. This area opens up an additional 500,000 square feet of developable land for dedicated rotor wing operators and service companies.

Bend Municipal Airport by the Numbers:

Bend Municipal Airport is home to over 240 aircraft. Whether you’re based at the airport or just visiting, stay up to date on weather, traffic patterns, fixed base operators, and other news via the Pilot Information page. Check back often for updates or changes.

For information on hangars and your placement on the hanger waitlist, go to hangar availability/waitlist.

The site was developed and used for pilot training throughout World War II. Following the war, the airstrip was maintained by the City of Bend for general use.

By the 1970's, it was clear that the Bend Municipal Airport was becoming a part of the transportation network for Central Oregon and development of a comprehensive Airport Master Plan was undertaken in 1979. This plan established much of the direction for development at the airport and forecasted significant growth in activity at the Bend Airport in coming years. This early Master Plan, however, was completed while General Aviation was booming across the country.

A downturn in the economy affected General Aviation in the 1980's and through the early 1990's. As a result, the forecast growth in demand at the airport did not materialize. That all changed by the late 1990's and General Aviation began a significant resurgence that continues today with increased business and corporate aviation travel into and out of Bend.