The commission was also tasked with annually identifing appropriate City involvement in arts, community beautification and culture with emphasis on community gatherings, events, cultural tourism and the arts.

The Commission developed, researched and drafted a list of appropriate plants suitable for the high desert in an effort to assist with the City's efforts to find drought tolerant and fire resistant plant materials for local landscaping.

The Commission also developed an ordinance creating a 1% for Art Ordinance for city-owned construction projects to be dedicated as public art. With the assistance of Arts Central, Central Oregon's regional art commission, the ordinance was adopted in 2007.

In 2011, the ABC Commission created City Walls at City Hall, a uniquely-themed, bi-annual juried art show built around the overall theme of inspiring community with art.

In 2016, the Commission worked to recommend Code amendments to allow murals in the Makers' District. 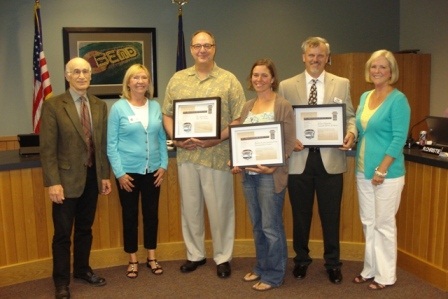 The Arts, Beautification & Culture Awards are an annual opportunity for the City of Bend to recognize individuals, organizations and businesses that have made significant contributions to the celebration, promotion, beautification or preservation of the City’s arts, culture, natural environment or public spaces.

The Commission is currently inactive. For additional information please feel free to contact the City Manager's office at (541) 388-5505.