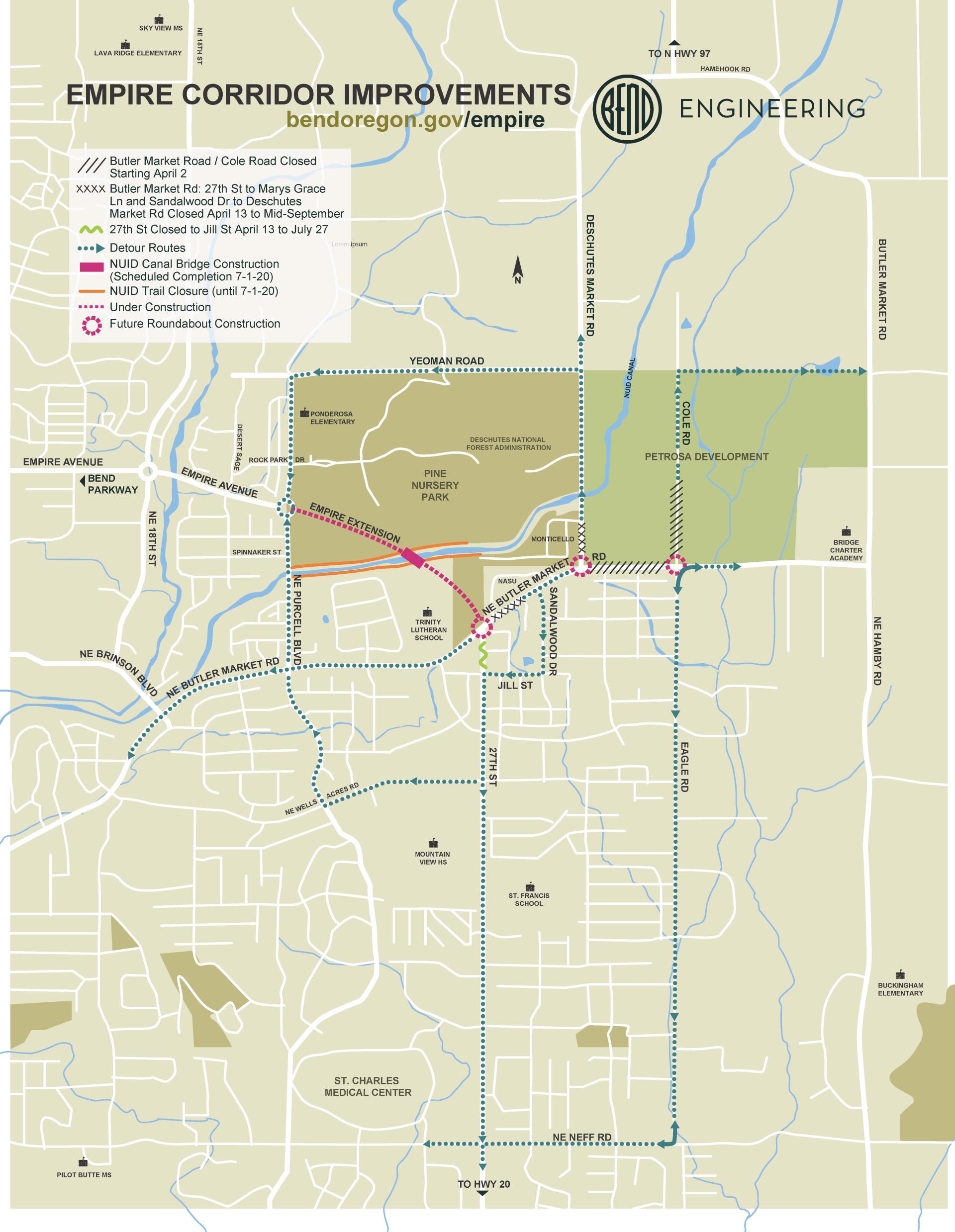 On April 13th a new detour was put in place to route traffic around the work at the three intersections with Butler Market Road - Eagle Road, Deschutes Market Road, and 27th Street.  This detour will be in place until late July when there will a partial opening of the 27th Street/Butler Market Road roundabout and the Empire Extension.  See the map above for detour information.

Phase 1 of this project is now complete.  Phase 2 of the project will be constructed in four separate segments, as detailed below: 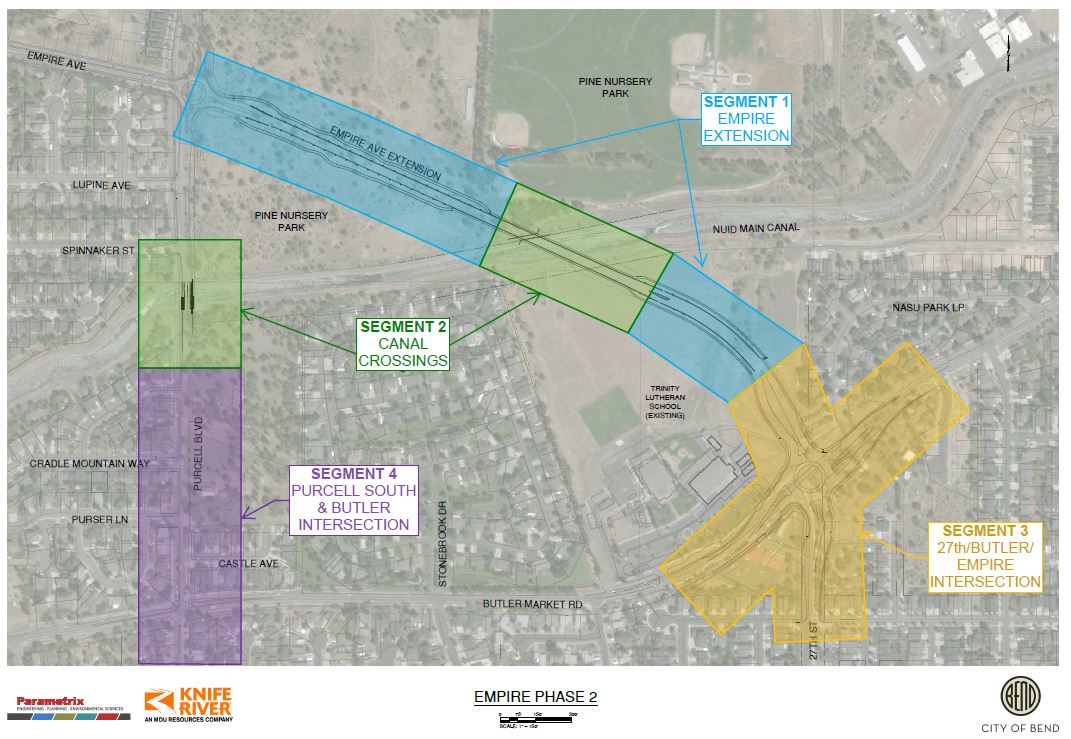 Phase 1 of this project is complete!

Segment 1:  Construction of the two road segments of the Empire Extension on either side of the canal.  Construction July 2019 through July 2020.

Segment 2:  Construction of the widening of the Purcell Boulevard bridge over the North Unit Irrigation District (NUID) canal, construction of a new canal crossing for the Empire Extension (also included is a pedestrian undercrossing of Empire, north of the NUID canal).  Construction planned for October 2019 though July 2020.

Segments 1, 2, and 3 of Phase 2 are under construction.  Work in this segment includes the entire Empire Extension, widening of the Purcell Bridge over the North Unit Irrigation District Canal, and a new two-lane roundabout at the intersection of Empire Avenue/Butler Market Road/27th Street.  This work will continue through September 2020. 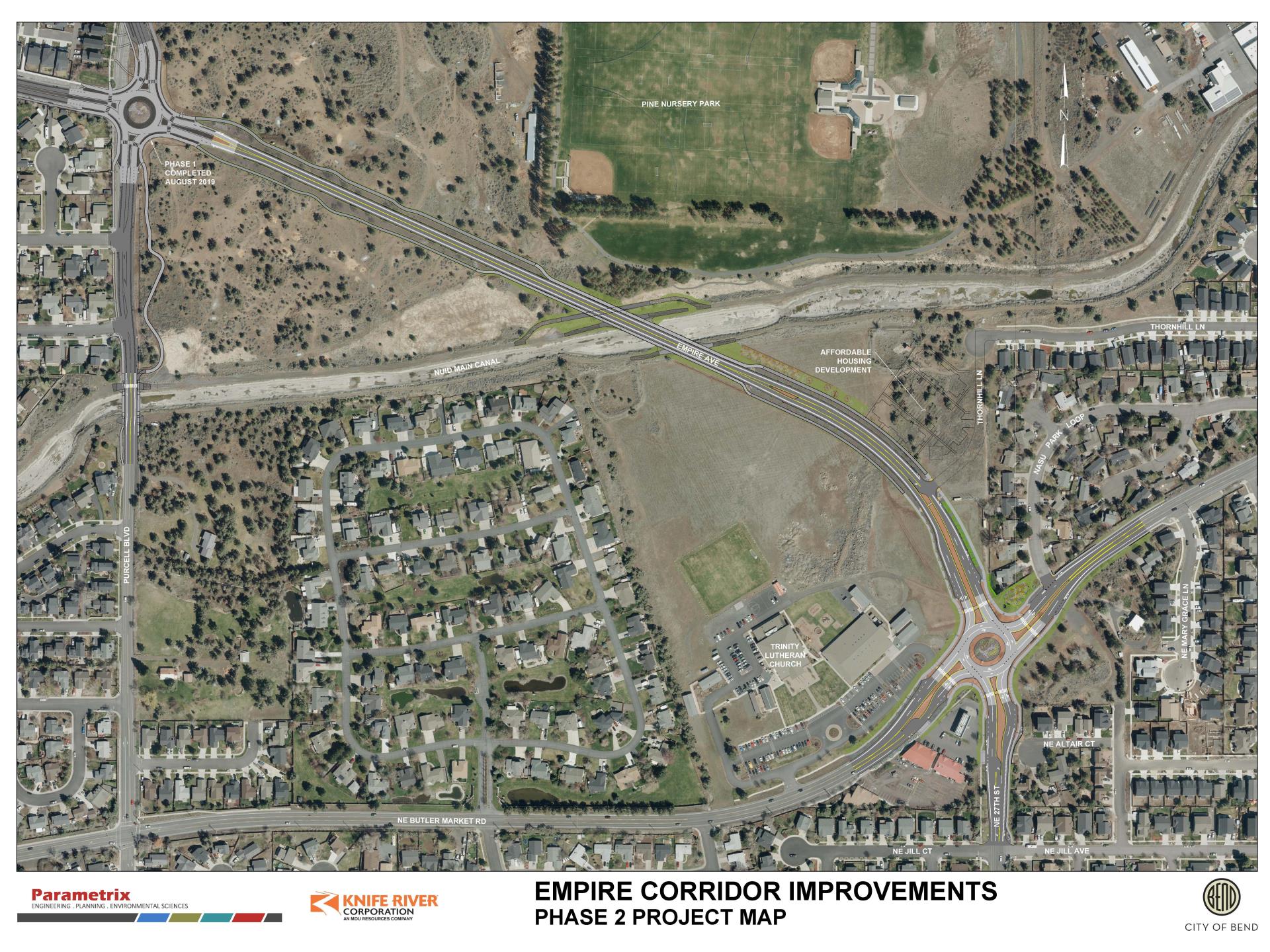 The Empire Corridor Improvements projects have long been a priority transportation system improvement for the City of Bend but have not been completed yet due to previous funding limitations.

Empire Avenue itself is classified as a Major Arterial roadway in the City’s Transportation System Plan (TSP) and is planned to serve as the major east-west arterial roadway on the north end of Bend. Currently, Empire Avenue ends at Purcell Boulevard and does not extend to 27th Street.

The Empire Corridor Improvements Project include the following: