Bend Economic Development Advisory Board Weighs in on UGB Next Steps

The Bend Economic Development Advisory Board (BEDAB) is tasked with providing the Bend City Council with feedback on topics relevant to the business community and economic vitality within the City. For the past few weeks a key issue citywide has been how the implementation of the Urban Growth Boundary (UGB) will take place, which areas will be annexed first, and which measures will be used to aid in development or extension of city infrastructure.

Councilors and staff reviewed the areas highlighted in red on this map. The other expansion areas are handling their planning and annexation requirements independently as they're owned by a small number of large landholders, reducing complexity. 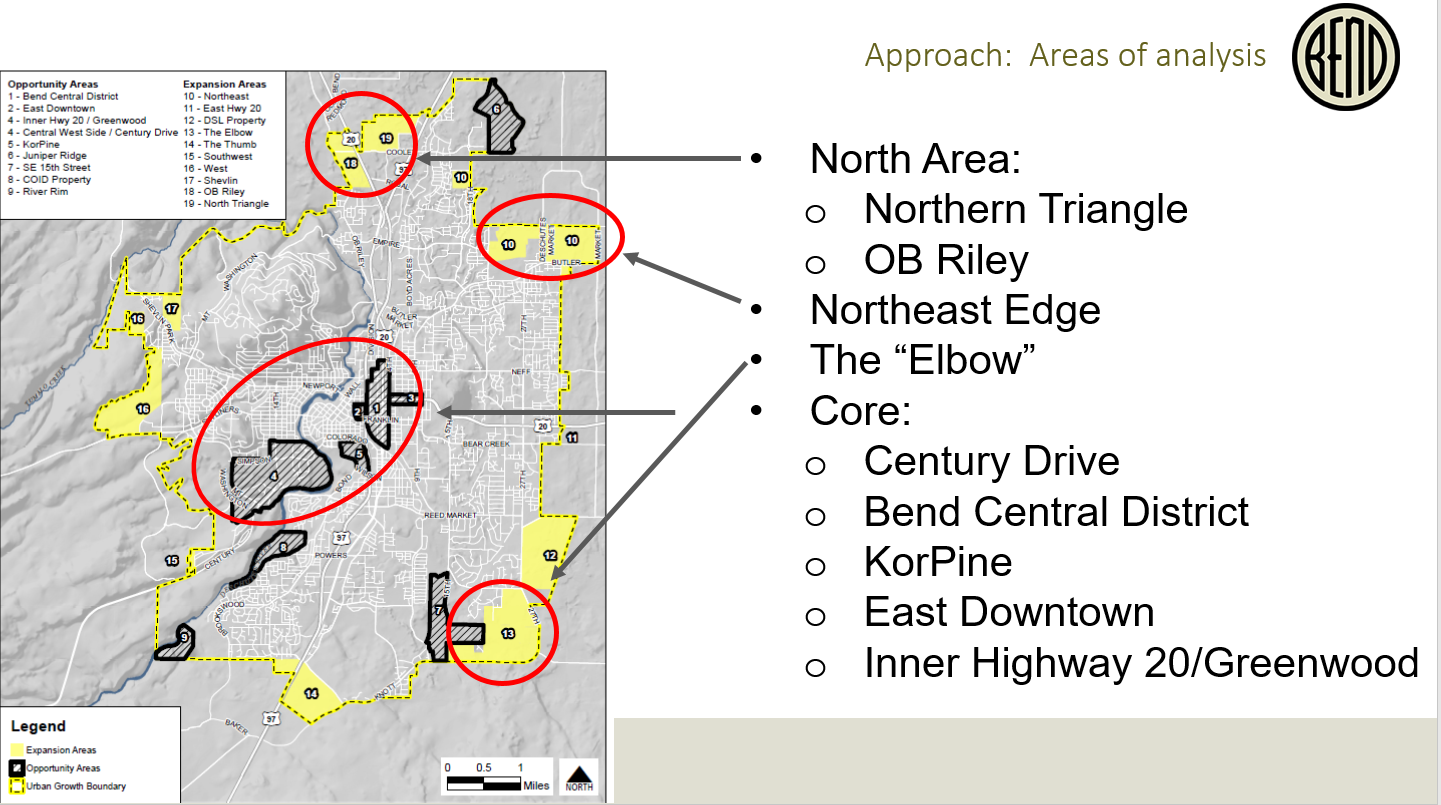 After Council held a four-hour work session on March 21st to review recommendations on moving forward, they requested community feedback in-person at their April 4th meeting and in writing ahead of their next discussion on the topic at their April 18th.

For more background on the discussion and public comment session:

On Wednesday, April 4th the BEDAB submitted a letter detailing feedback that the group agreed to at their meeting on Monday, April 2nd. If you’d like to respond to the BEDAB’s points, you can message bendforbusiness@bendoregon.gov, all feedback will be shared with committee members ahead of their next meeting on Monday, May 7th.

Here are the four key recommendations the BEDAB shared:

Council will take up the discussion again at their meeting on April 18th but you can still weigh in on the conversation, no matter where you stand on the topic, by emailing Councilors via Council@bendoregon.gov.

You can always catch Council agendas and meeting livestreams once available by clicking here.